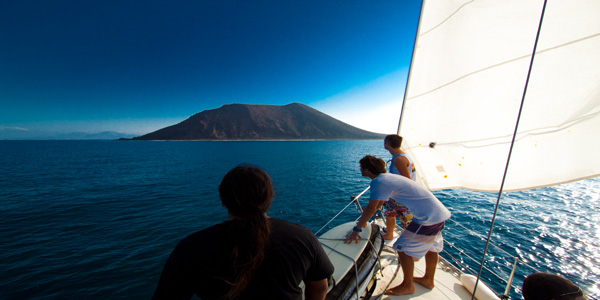 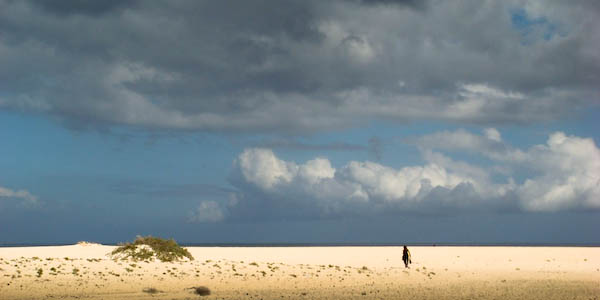 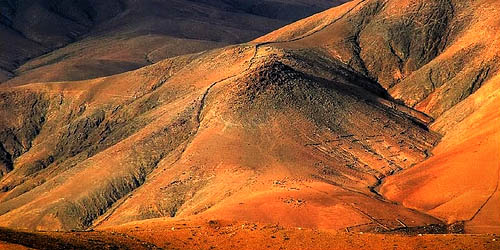 This site is still under construction. We are implementing lot of features for you, like bookings, advanced contacts, faq and more!

Thanks to be patient, Orange surf school.

The island was known to the Romans as Planaria, due to its flatness. What the Europeans came to dub Fuerteventura (Strong Adventure) was in fact divided into two tribal kingdoms separated by a low, 6km-long wall: Jandia, on the southern peninsula, as far north as La Pared; and Maxorata, which occupied the rest of the island.

In 1405, the French conqueror Jean de Béthencourt took the island and gave his name to the former capital, Betancuria, on the west coast (Puerto Rosario took over the mantle as island capital in 1835).
The name of the island itself is believed to have come from Bethencourt's exclamation "Quelle forte aventure!" ("What a grand adventure").

However the name Fuerteventura simply means "strong fortune" when translated literally from Spanish to English. Tourism arrived in the mid-1960s with the building of the present airport at El Mattoral and the first tourist hotels.

Located just 100 kilometres off the coast of North Africa, it is the second biggest of the islands, after Tenerife, and has the longest beaches in the archipelago.
The island is a paradise for sun, beach and watersports enthusiasts. Fuerteventura is on the same latitude as Florida and Mexico and temperatures here rarely fall below 18ºC (64ºF) or rise above 24ºC (75ºF). There are no fewer than 152 beaches along its coastline - 50 kilometres of fine, white sand and 25 kilometres of black volcanic shingle.

The climate on Fuerteventura is pleasant throughout the year. The island is also often referred to as the island of eternal spring. The sea adjusts the temperature making the hot Sahara winds blow away from the island. The island's name in English translates as 'strong fortune' or 'strong wind', the Spanish word for wind being 'viento'.

During the winter months, temperatures average a high of 22 °C (72 °F) and a low of around 15 °C (59 °F) whereas during the summer a mean high of 35 °C (95 °F) and a low of 20 °C (68 °F) can be expected.
Precipitation is about 147 mm per year, most of which falls in the winter. Mild, spring-like weather all year round. Stable temperatures with an annual average of 22ºC (71.6ºF) 3,000 hours of sunlight a year (it is the part of Europe with most hours of daylight) Rains: between November and January, light rains Annual average sea temperature: between 18*C (64.4£F) and 23ºC (73.4ºF) One of the best climates in the world, according to studies carried out by universities and climatology experts. In the second half of the 19th century, “health tourism” began to develop in the islands, with the arrival of the first tourists from different parts of Europe looking for cures and rest. The special climate of the Canary Islands is a determining factor in the nature of the flora and fauna of the archipelago.

The airport of Fuerteventura is 5Km far from the island's capital Puerto del Rosario, and about 40 mins from Corralejo and Lajares (North of the island).

From Italy and Europe, there are scheduled flights, cheap flights, charter flights that connect daily, especially during high season, the largest city with Fuerteventura.
Major airlines that connect Italy to Fuerteventura are Iberia and Alitalia, but also Meridiana Eurofly, Air Europe, Spanair,Easyjet, etc..

RYANAIR has the cheapest flghts from all Europe, including flights from Italy, Milan, Bergamo and Pisa.

You can belt around in taxis, but it soon becomes costly. It’s far better to hire a car from one of the many rental offices at the airport, but we advice to book from the website Amigoautos.com they have good value rent cars.

Tiadhe (928 85 09 51, 928 85 21 62) provides a limited service, with 17 routes operating around the island. The most frequent are bus 6 (€2.75, 40 minutes, every half-hour), which links Puerto del Rosario with Corralejo and bus 3 (€1.20, 20 minutes, hourly), which runs from Caleta de Fuste via the airport to the south.
Bus 5 (€2.20, 20 minutes, 11 daily) runs from Morro Jable to Costa Calma. On other routes, check times carefully before setting out.
A number have only one service daily, primarily to transport school children and workers to and from Puerto del Rosario. If you intend to use the buses fairly frequently, it is worth investing in a Tarjeta Dinero €12) discount card.
Tell the driver your destination and he will endorse your card; it represents about a 30% saving on each trip. Buses do not accept €20 or €50 notes, so it’s a good idea to stock up on change if buying individual tickets.